Member Log-In
START A 14-DAY TRIAL
Sign up for 14 days for FREE and experience
everything Western has to offer. 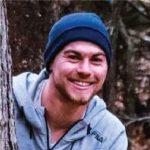 When we talk about what technology means to the game of tennis, it really means more to the game than most people know in more ways than one. Our first piece of the technology puzzle consists of the differences in generational racket technology. Back in the mid 1900’s, tennis was a growing sport and players used wooden rackets. Due to the design and capabilities of wooden rackets, the game of tennis was played much differently than the modern game we see today. There were much more slice groundstrokes, serve and volley, and shorter points as a result. As time progressed, racket technology geared toward aluminum and graphite frames. And with each generation offering more advanced technology than the previous one, the game began to change as we knew it. There was topspin. There were extended baseline rallies. The serve and volley game began to die out. All of this was thanks to the technological advancements of the tennis racket.

Today, rackets are primarily constructed from state-of-the-art carbon fiber technology. The main brands consist of household names in the tennis world such as Babolat, Wilson, Head, and Yonex, but there are many more out there. These brands have a goal in mind not just to promote their product, but to continue to push the limits of what tennis can become. The game has advanced far from the serve and volley game of old and has entered into a new world of aggressive baseline rallies and huge serves. Once again, thanks to the technological advancements of racket technology.

Another primary aspect of the progression of tennis and technology is multimedia. Capturing the game is so much easier than it used to be with camera and video technology reaching new heights every year. If someone wants to analyze their strokes, say no more. Pull out your smart phone and have a friend record on your high-resolution camera. Due to the technological revolution, these high-quality recording devices are much more affordable than even 5 years ago. Social media also plays a huge role in the progression of the game. The easy accessibility to find out the newest tennis trends, how to develop your strokes, and even just being a fan of the game is much easier than watching the majors on your living room television set just a few times a year on local programming. Social media has allowed the tennis world to connect like it never has before, and it will continue to grow with each new phase of technology.

Intermittent Fasting: Is the answer to the question of what to eat nothing at all?

TadBits: Western Dietitian Tad Taggart Drops Some Knowledge On Us

Why rowing is one of my favorite forms of cardio

5 Health Benefits of Cherries & Their Impact on Wisconsin Culture